Abbott receives CE mark for the world's first medical device that can be implanted in the tiniest babies. 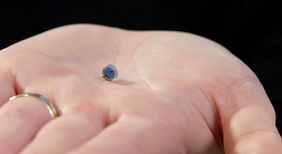 In Britain, the first approved occluder that is specifically developed for babies was successfully implanted for the first time. The occluder is smaller than a pea and is the world's first medical device that can be implanted in the tiniest babies (weighing as little as 700g) to treat patent ductus arteriosus, or PDA, a potentially life-threatening opening in the heart. This new treatment option offers young paediatric patients and their families hope when no other suitable treatment option may exist.

Ever since he was born, Teddy was struggling with breathing, due to a life-threatening heart defect. Tests revealed Teddy had 'patent ductus arteriosus' – a life-threatening congenital heart defect causing a leak between two blood vessels from a 'duct’ or opening in the heart.
All babies have this duct while they are in the womb as it allows blood to bypass the lungs and get oxygenated blood directly from the mother. In healthy babies, it closes a few days after delivery so that oxygen-rich blood from the lungs can be pumped around the body. But in some premature newborns – around 600 a year in the UK – the duct does not close, meaning the oxygenated blood mixes with de-oxygenated blood, causing breathing and bowel problems, developmental delays and brain damage.

Luckily for Teddy, because of the severity of his condition, he was granted permission on compassionate grounds to receive the occluder before it was formally authorized. With a small incision in the groin, the occluder was inserted into his heart, which avoided a high-risk operation. After the surgery, Teddy was recovering quickly and soon he was strong enough to leave the hospital.

Until now, babies like Teddy would have been hooked up to ventilators in intensive care until they grew big enough for surgery, with many dying before reaching this stage.
Professor Alain Fraisse, director of paediatric cardiology at the Royal Brompton said: “Seeing these extremely premature babies fight for their lives is harrowing, and finally having solutions that can offer a dependable treatment option and an alternative to surgery ... is a huge advance in our field.” 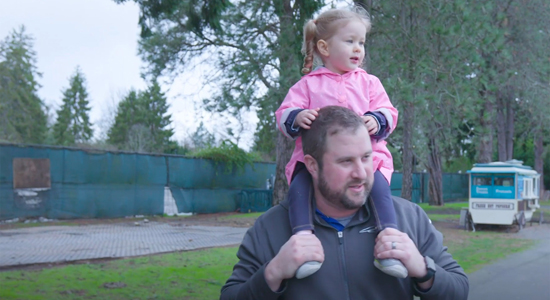 You are about to leave little-heartheroes.com

You are now leaving little-heartheroes.com. Abbott is not responsible for any content published on the third-party website you are about to enter. Abbott has not reviewed and does not endorse any information presented on third-party websites.